In 1999, Time magazine rated Rogers and Hammerstein’s Carousel as the greatest musical of the twentieth century, saying: “They set the standards for the 20th century musical, and this show features their most beautiful score and the most skillful and affecting example of their musical storytelling.” 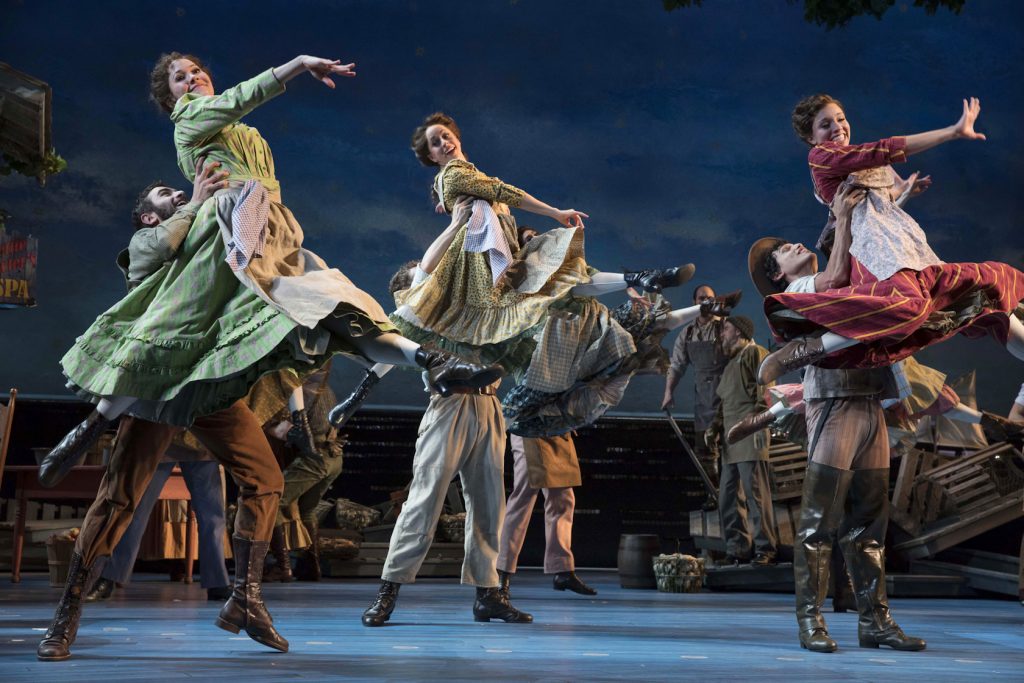 Carousel opened on Broadway in April 1945 and ran for over 800 performances. When it arrived in the West End in 1950 it saw equal success. In 1956, a Hollywood version of the stage show was filmed, starring Gordon MacRae and Shirley Jones.

The show’s story revolves around carousel barker Billy Bigelow, whose romance with millworker Julie Jordan comes at the price of both their jobs. He participates in a robbery to provide for Julie and their unborn child; and then, after it goes tragically wrong, he is given a chance to make things right. A secondary plot line deals with millworker Carrie Pipperidge and her romance with ambitious fisherman Enoch Snow. The show includes the well-known songs ‘If I Loved You’, ‘June Is Bustin’ Out All Over’ and ‘You’ll Never Walk Alone’. Richard Rodgers later wrote that Carousel was the favourite of all his musicals.

Perhaps surprisingly, 2023 will be the first time AOS has performed Carousel since 1974, so we can be confident that very few members of our audience will remember that production, nearly fifty years ago. We’re looking forward to bringing an energetic and dynamic version of Carousel to the Amey Theatre next April, and we hope to see you there.