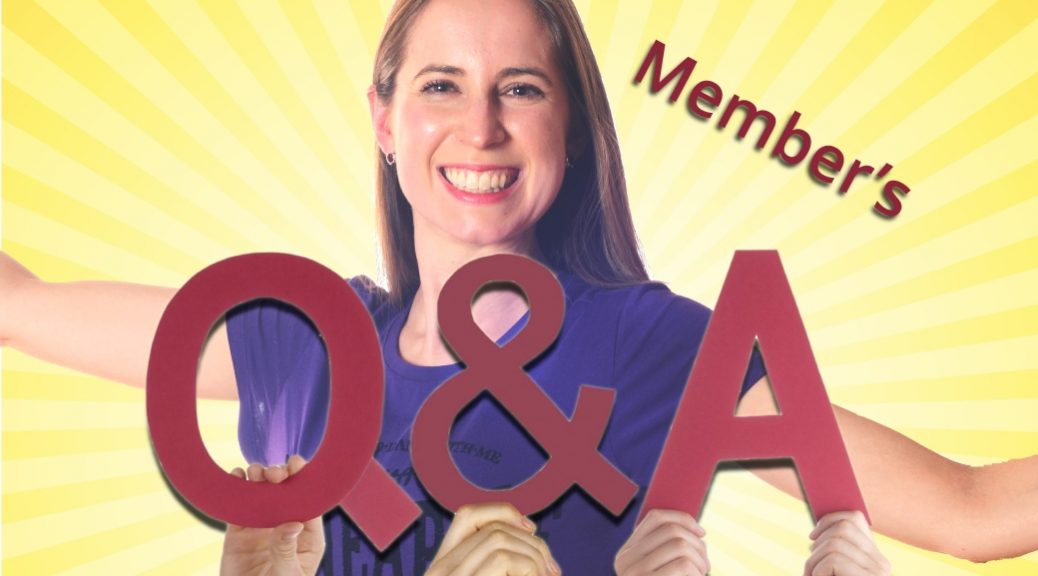 Every few months, we like to turn the spotlight on an AOS member and find out a little more about them. This time it’s Kate Brock.

Where, when and why did you first get involved in musical theatre?

My family took me to see Joseph and the Amazing Technicolor Dreamcoat in Edinburgh when I was very young and I was completely enthralled by it – to the extent that I was practically hanging over the balcony reaching out for Paul Schofield (who played Joseph) when he rose up in his dreamcoat at the finale!  I auditioned for and was accepted into the National Youth Music Theatre (NYMT) – and that’s when the love affair really began.

Do you have a favourite show?

Overall, it has to be Les Misérables – epic, historical and French!  I have cherished memories of playing Fantine in the school version when I was 17, but be warned, I can actually sing the entire score off by heart, including all the men’s parts and one-liners.

Do you learn a part quickly or struggle with lines?

I usually get a feel for both script and music fairly quickly, but it can sometimes be a slog to get completely ‘off-book’. Mind you, a few years ago I played Daisy in Daisy Pulls It Off.  She practically talks non-stop in jolly hockey sticks syntax for the entire show.  No line-learning has seemed quite as challenging after that.

Do you enjoy show week?

Yes, tremendously, despite nerves.  I love the feeling of camaraderie both onstage and backstage – I have made some really good friends in this Society.  And singing every night with an orchestra is just wonderful.

How do you deal with nerves before you go onstage?

Breathing, stretches and saying a little prayer!  And I drink LOTS of water – I am usually responsible for the enormous queue outside the backstage loo!  There’s always that moment when you stand in the wings trembling and think: why do I put myself through this?  But I’ve come to realise that nerves are part of the process: sometimes life begins at the end of your comfort zone.

So is it a relief or a let down when show week ends?

Both.  It’s a bittersweet feeling, coming to the end of a show – reality is momentarily suspended and then it’s back home to the inevitability of the overflowing washing basket.  But then you look forward to seeing everyone again at the next show’s talk-in.

And is there a part you’ve always wanted to play but haven’t yet?

I’ve always fancied having a go at Mary Magdalene in Jesus Christ Superstar.  And – moving into the realms of fantasy for a moment – I would love to defy gravity as Elphaba in Wicked.